I cannot even believe I am typing out the words two months. Two months of motherhood you guys. Well, technically it’s been two months and eleven days since little miss Bailey has made her appearance into the world, but who’s counting. I certainly am trying not to, because time seems to be a mere blur these days since I became a mom. I get it now. It goes by so incredibly fast that everyday I desperately just want to hit some sort of pause button. But I promise you, I am soaking up every second of it. 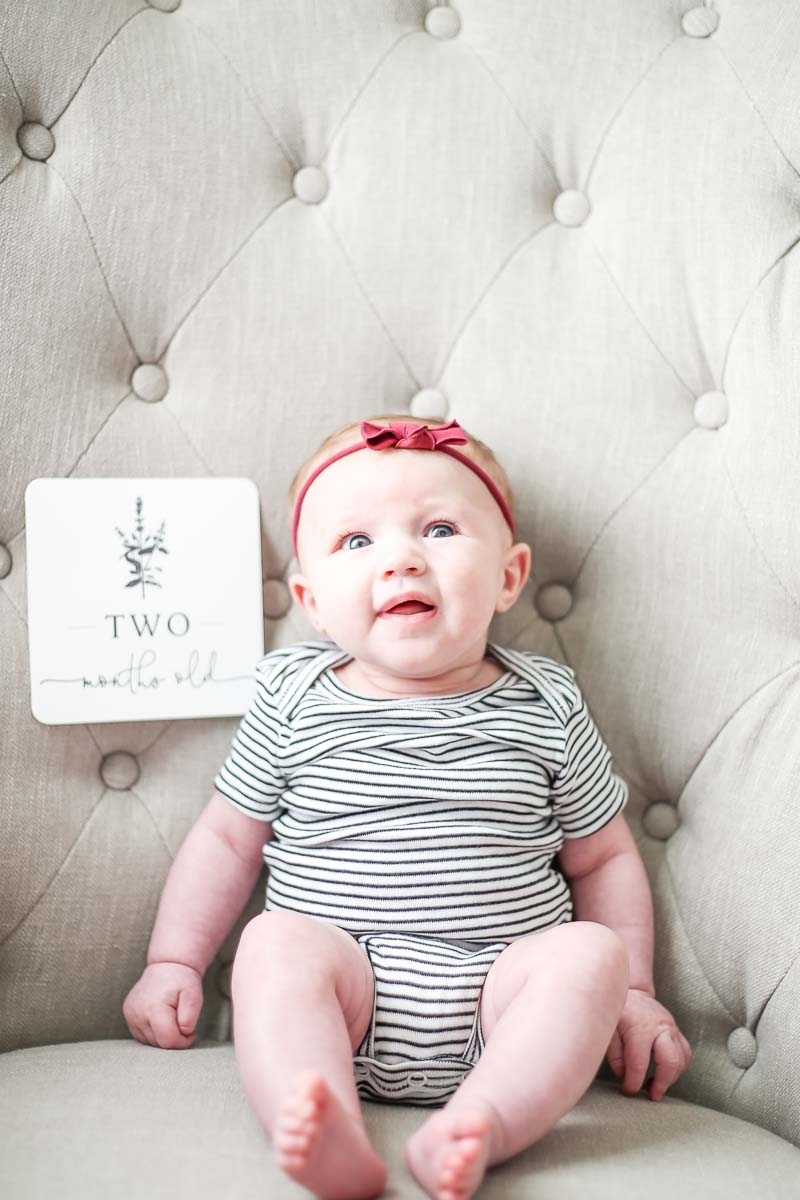 The first two months of motherhood have been a dream, but not without it’s ups and downs. I still pinch myself that this little baby of ours is finally here, and you can bet that every day I give thanks to God for making it happen. Honestly, one of my favorite parts is seeing how excited and loved she already is by every single person who prayed for her, including all of you. So let me catch you up on the last two months! 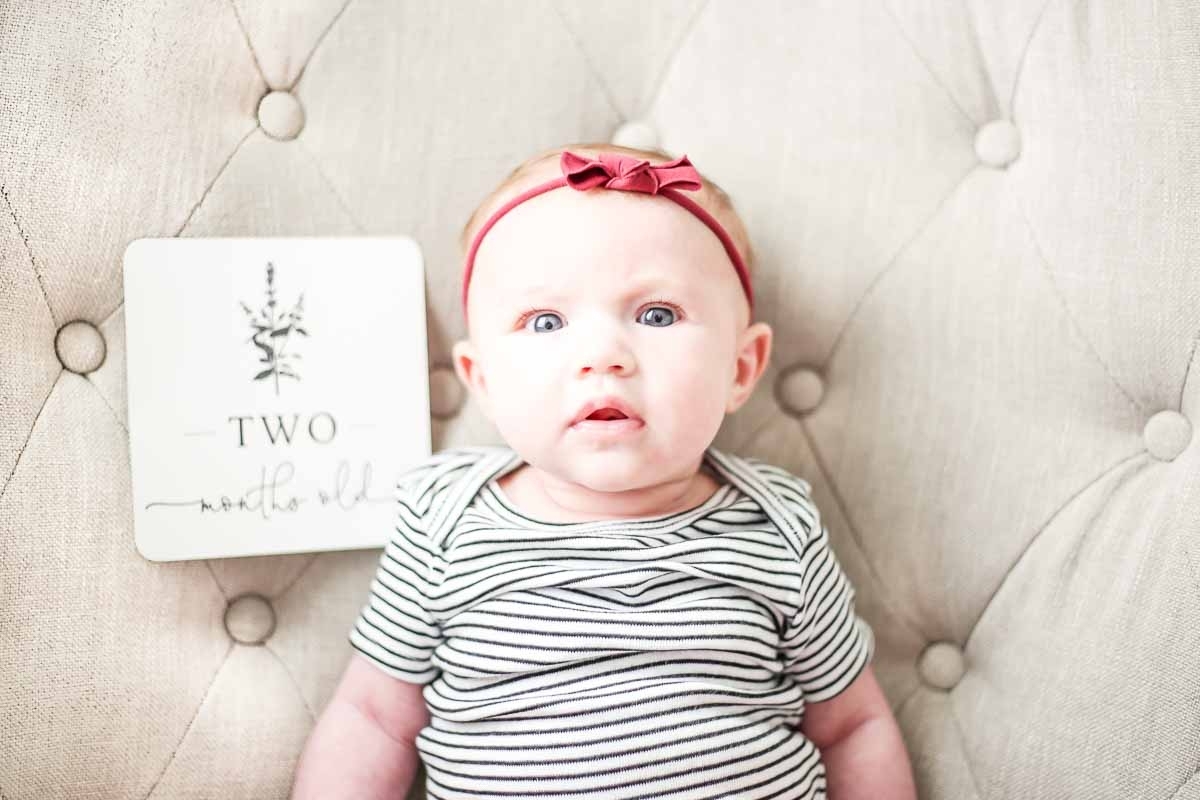 I’d be lying if I said the first few weeks of motherhood were easy, of course I knew they would be a challenge. The first night we brought Bailey home, my husband and I took turns staying up to watch her because we were too scared to not have eyes on her while she slept. Yeah you heard that right, she slept and we didn’t. That’s pretty much how it went for a while, as I’m sure it does with a lot of new parents. 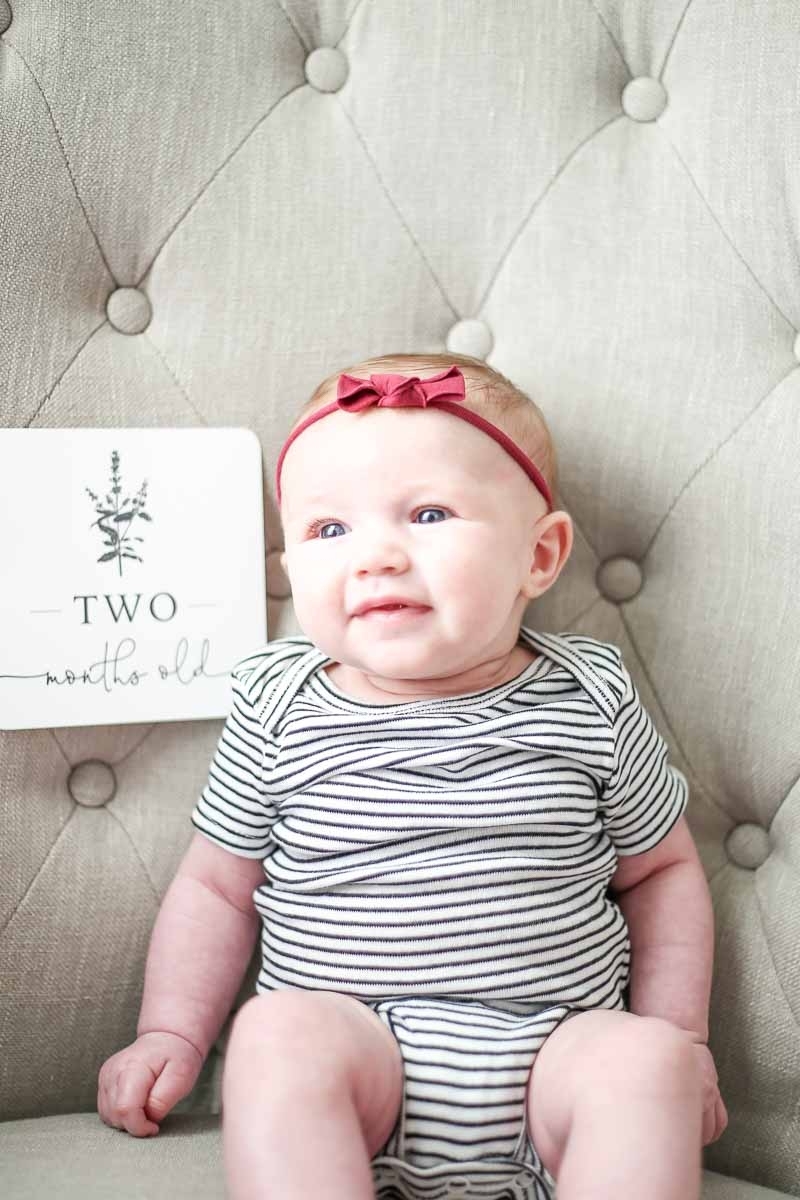 The most frequently asked question we get is how sleep has been going on both sides. Let me just knock on wood before I say, she has been the best sleeper since day one. I mean, yeah the first few weeks were patchy, we had lots and lots of breastfeeding issues that kept us all up, and we got out of bed a lot later than we’d like to admit. But overall it hasn’t been too bad at all. 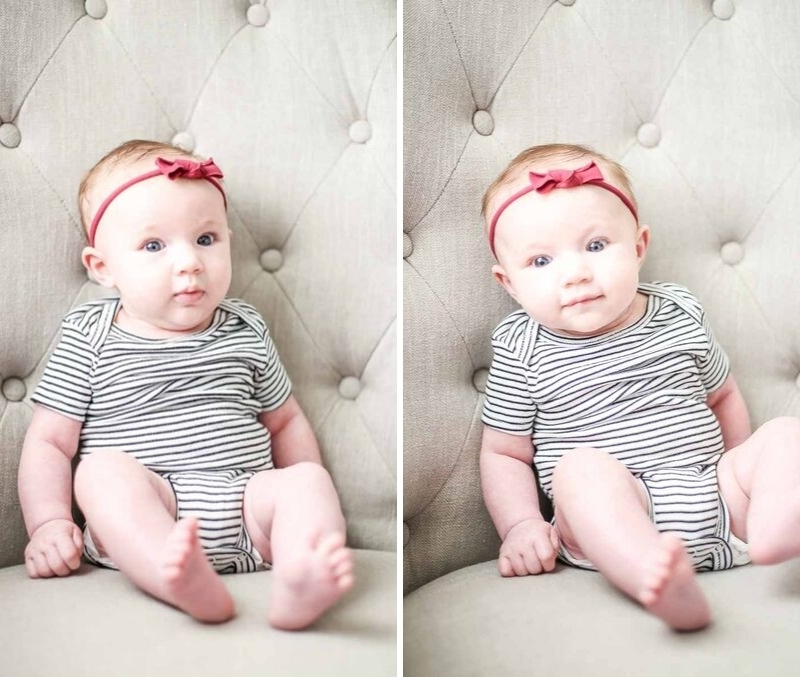 Since I am breastfeeding, I have been up every two to three hours to feed and/or pump since we brought her home. But, we also just got the go ahead from Baileys pediatrician that we don’t need to wake her up anymore at night for a feeding. We can let her sleep, and that she does! I’m telling you, this little lady loves her sleep, and we love her for it. 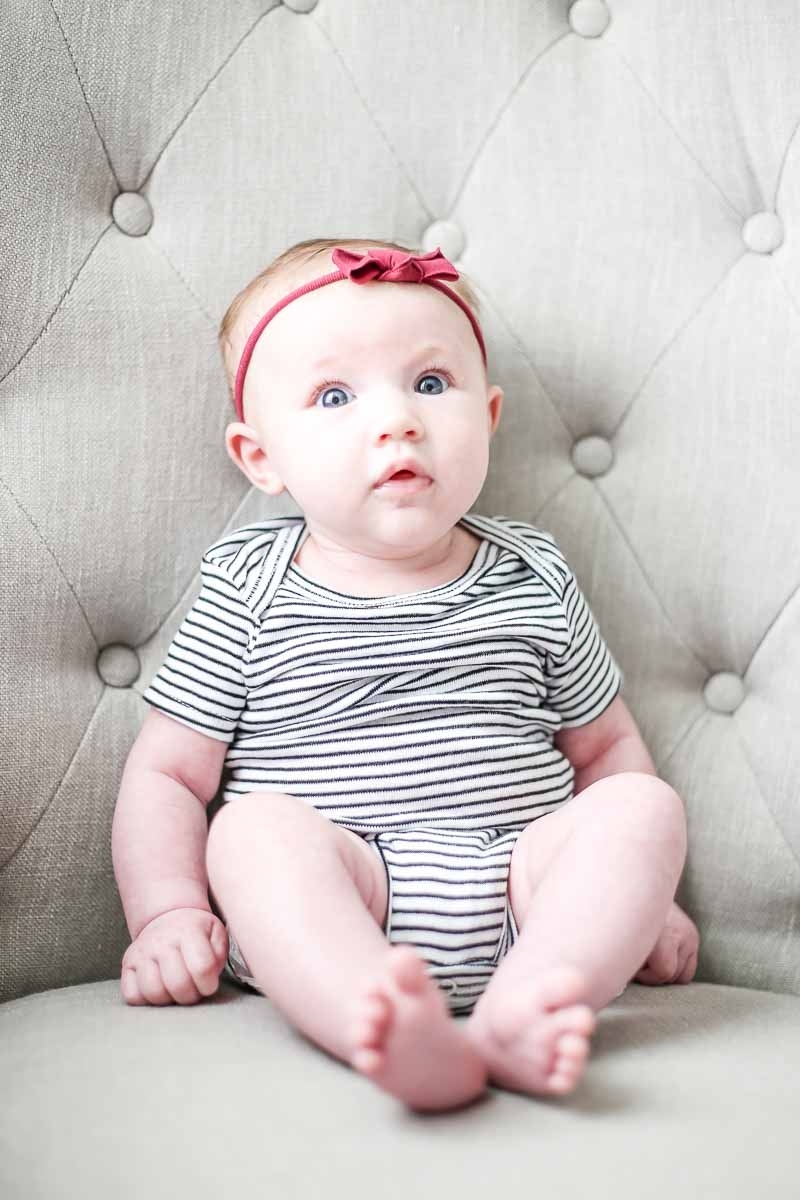 I will tell you though, breastfeeding has been my biggest challenge yet. We dealt with a lot of issues that left both Bailey and I in tears at almost every feeding we had. Long story short, I ended up having to start pumping exclusively after her bad latch left me in so much pain I physically could not nurse her anymore. 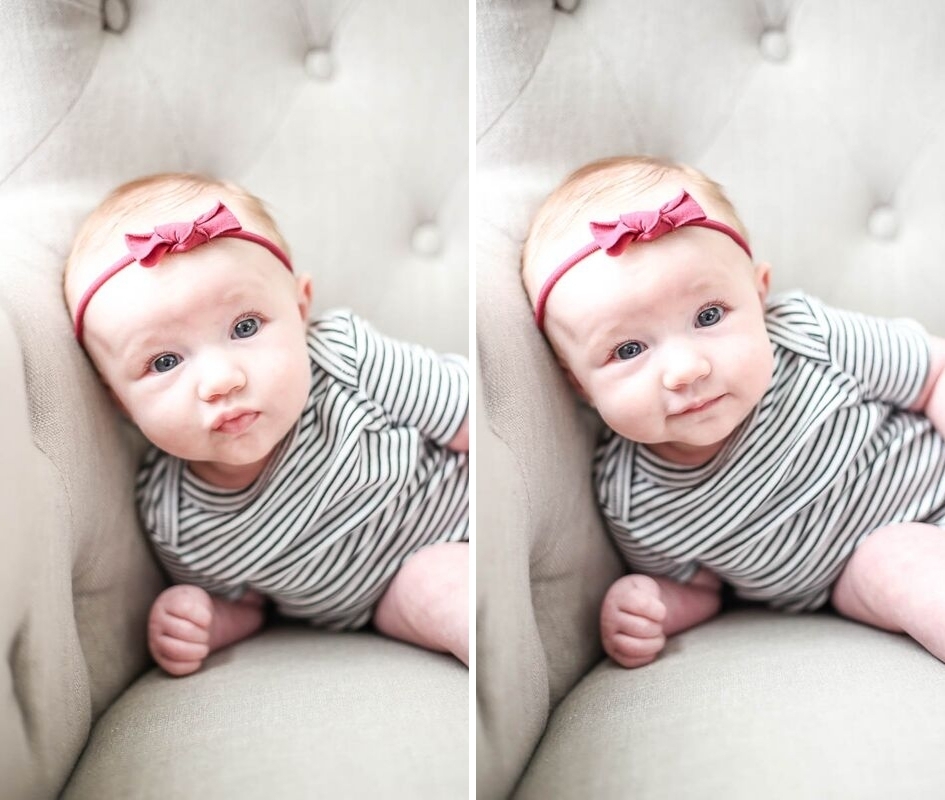 People kept telling me to stick it out, that it would get better, so I did. And it has gotten better. Since then, her latch has improved so I’m gradually throwing back in some nursing sessions and pumping/bottle feeding the rest of them. However, I’ll save all that for another blog post, because I have a lot of opinions on it now. It’s been the most challenging yet rewarding experience I have ever had. 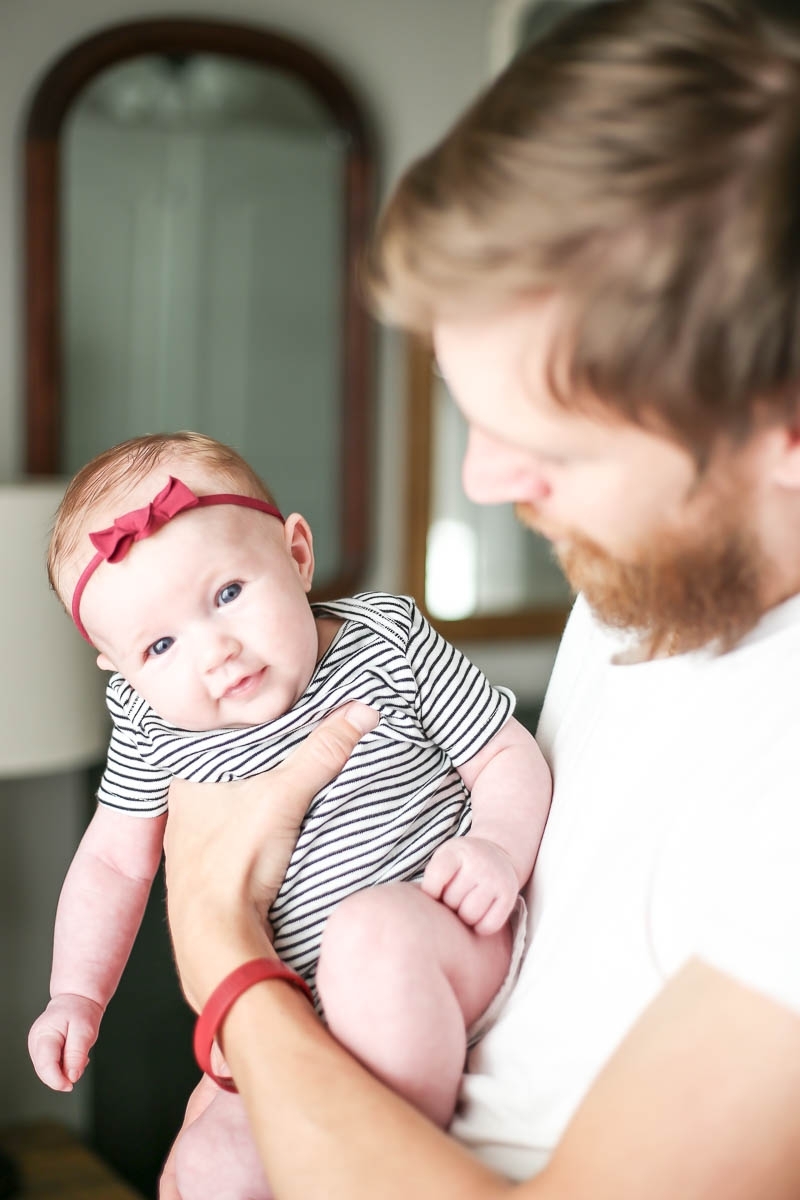 She is absolutely head over heels for her daddy, and always tries to find him as soon as she hears his voice. She’s sleeping through the night like a champ. She loves visits from her grandma and grandpa. She loves lights. She loves to sit up. She gets mad when you try to burp her. She loves the warm water from a bath, but hates being cold afterwards. She has absolutely stolen mommys heart. 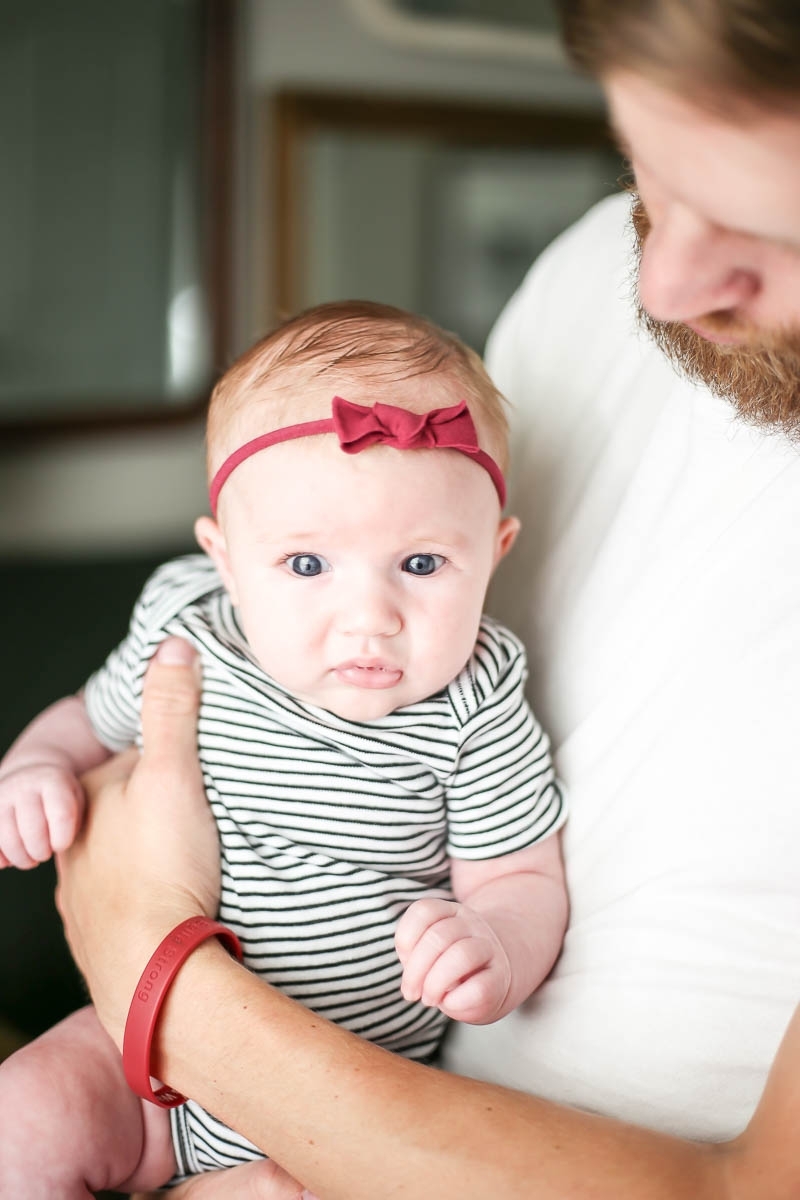 I have never in my life been so obsessed with anything or anyone as much as I am with this little girl. Someone recently asked me what the most unexpected part of motherhood has been for me, and my answer was the overwhelming love I have for her. I mean I knew it was going to be intense, but I really didn’t understand just how intense until after she was born. 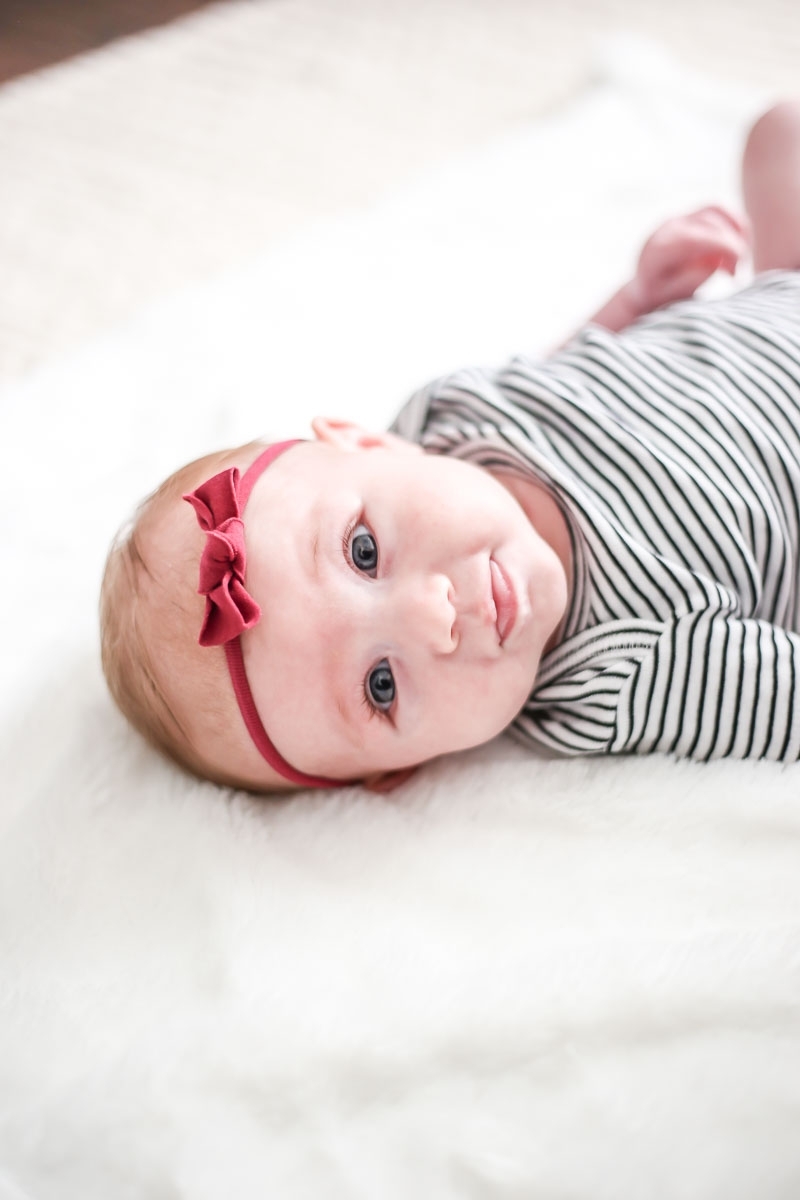 You guys, I have cried every single day since I had her, out of just pure happiness. One day I even googled “can you love your child too much?” I am a complete mess of emotions, and I know it is so cliche to say this but, what on earth was life like before her?! She was meant to be ours, and I will thank my lucky stars everyday for her. She is everything. 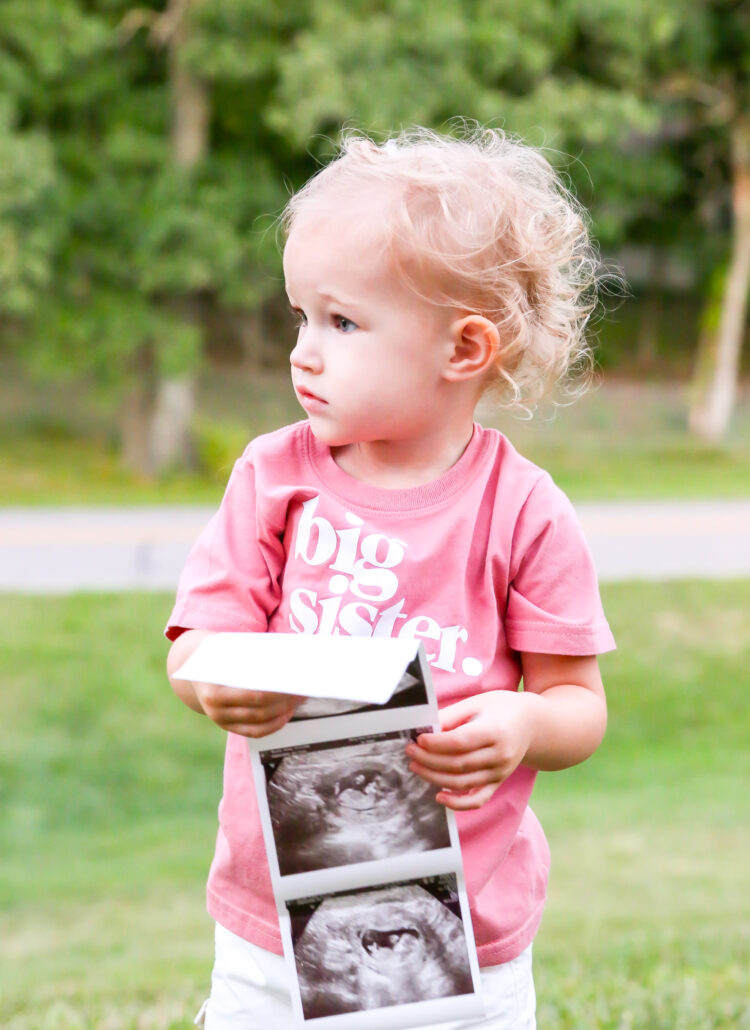 Our Family is Growing! 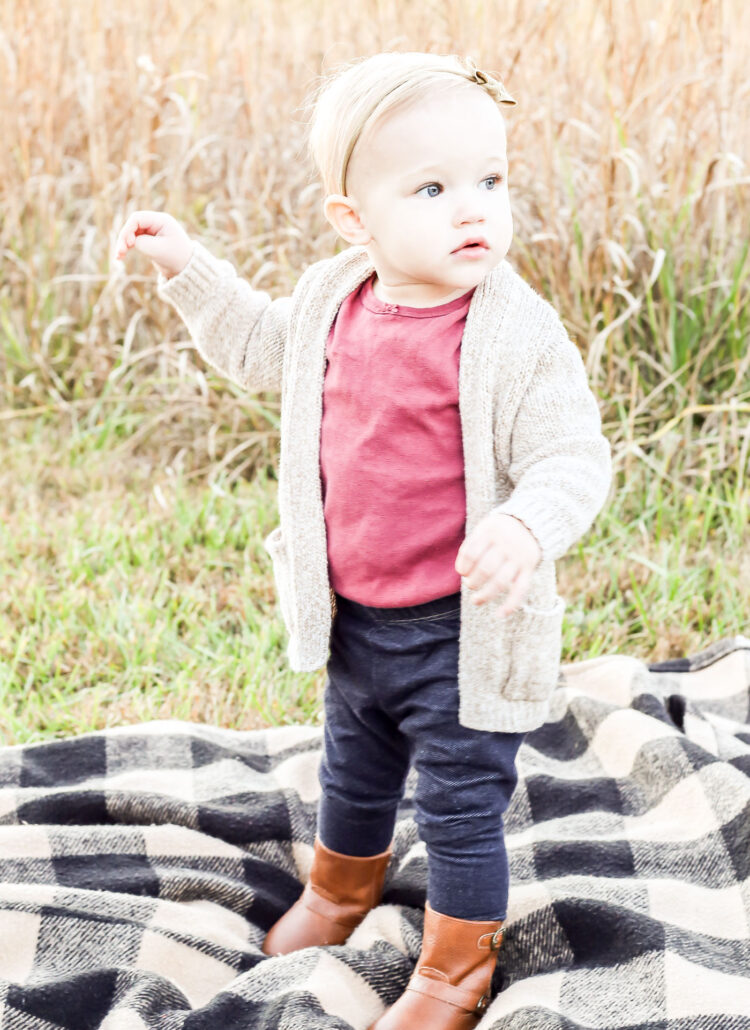 Stay up to date & receive the latest posts in your inbox. 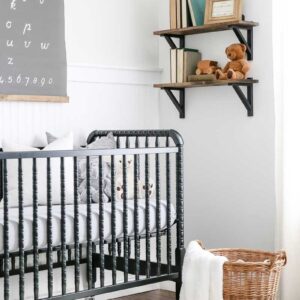 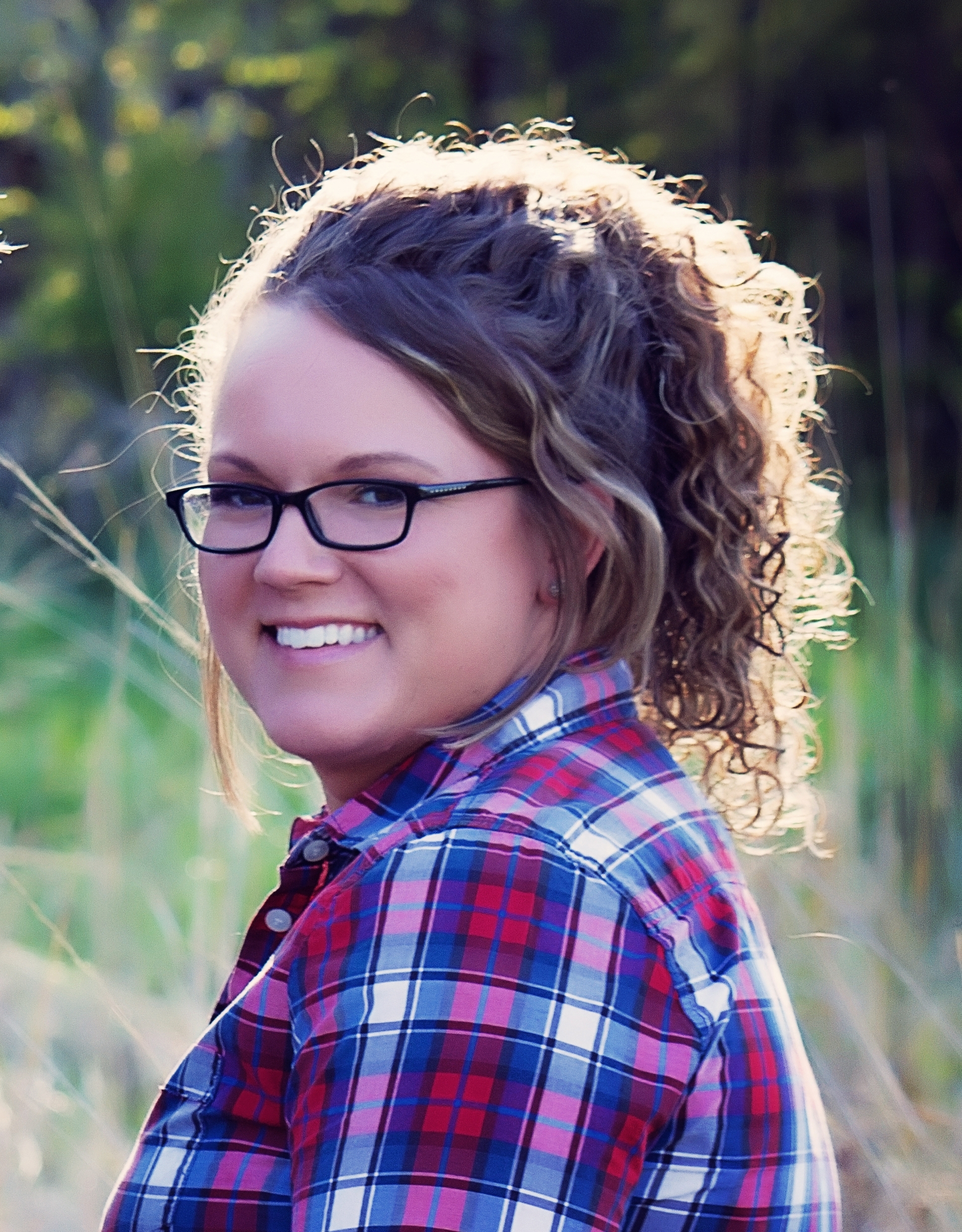 @vintagemarketdaysofstlouis is this weekend!!! Fri

Come add peel and stick wallpaper to my daughters

The time has come. (I means it’s been 5 months a

I’ve got one last quick and easy Christmas gift

Sundays at home are just the best ❤️🎄

Can you even believe Christmas is a week away!? Th

stay in the know